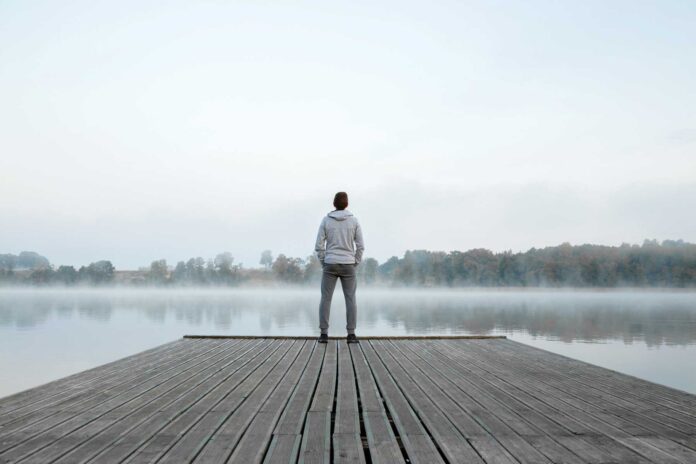 I’ve been noticing a strange phenomenon as the pandemic drags well into its second year. It’s hard to describe, but it seems to have seeped into almost every part of life these days. It’s this pervasive sense of… I guess the best word for it is uncertainty.

A lot of things that we took for granted would always be available, simply aren’t. I’ll give you an example: the other day I went shopping for a bike for my ten-year-old (he’s outgrown his old one, and it’s a matter of pride for him). We drove to every bike shop in the region, and no luck: not a single bike suitable for a ten-year-old was to be found anywhere in Muskoka. Same thing when I went with a client to buy a boat to go with their new property; no boats available for sale, new or used.

Tradespeople whom I could always count on to be as good as their word seem to be a lot less certain these days, too. With some of them, it used to be when they said they’d be there on Wednesday, you knew they would be. Now you might get a call early Wednesday morning, saying something’s come up and it’ll be this afternoon or tomorrow. Or maybe they don’t call at all.

There are rational explanations for these things, and I am not really blaming the bike store, the boat dealer, or even my friends in the trades. It’s just part and parcel of the brave new world of Covid. Supply chains, and all kinds of normal processes, have been hugely disrupted by the pandemic and it’s had ripple effects all through the economy. But I think that’s only part of the reason this is happening.

For many of us, everything we relied on as part of the normal workings of the world has changed, and it’s had a profound psychological effect. In the worst case, it may have involved the sudden death or illness of a loved one, or even contracting the disease yourself. But even if, so far, you’ve been blessed enough to escape its direct effects, there’s a weariness that comes with protracted vigilance.

Here’s my point. What’s next? Where will the uncertainty and tentativeness we’re feeling right now lead? Is this really just an unpleasant but temporary symptom of the pandemic, and once it passes, we’ll all go back to the way things were? Or are we on the vanguard of a complete paradigm shift?

I’m not suggesting I have an answer or even a strong opinion, but it’s hard to imagine that none of these changes are permanent. After all, I know people who never thought they could work out of their homes, and discovered that not only was it possible, it led to a better work/family balance. For others, it’s led to a re-evaluation of their career choices, and some have quit their jobs (or lost them, and been forced to start new careers). The point is that everything we thought was settled fact is due for reconsideration.

Now, it’s an old cliché that uncertainty is the enemy of markets, especially the stock market and the real estate market. (The fact that the stock market has continued to climb as the pandemic has worn on is another of the ironies of the current situation, but that’s another article.) But I do think it’s interesting to think about how real estate could be affected.

It’s always been notoriously difficult to predict where prices will go in high-demand markets like the Big Three Muskoka lakes; every time we thought that they couldn’t get any higher, we’ve been confounded. But I think it’s possible that this time, it’s different.

For one thing, as prices lurch into the stratosphere at least for the primary markets, the pool of increasingly well-to-do buyers that form the audience for these properties will shrink, and along with it demand, and therefore prices. (I’m not talking here about what we call the sub, or niche, markets – the smaller lakes and surrounding areas of cottage country, such as Georgian Bay.) I’m not sure if we’ve reached that upper limit yet, or whether prices will stabilize or even fall, but I suspect we are close.

That’s why I’ve been telling my clients that, whether you’re thinking of buying or selling, you should forget everything you’ve heard about “timing” the market. There’s no such thing even in a less volatile market than this one, and it’s particularly true now.

Buy (or sell) because it’s right for you and your family now, not because you think you might do better a few months or a year from now. There truly is no way to know what’s next, especially in times like these – but that’s one piece of advice I feel confident about sharing.